August seems to be an international OOO month, but if you haven’t decided where to travel, staycation is always a good idea. There are so many beautiful places to discover in Los Angeles, and the city is large enough to make you feel that you’ve traveled far and wide without actually leaving town.  If the summer finds you in Northeast Los Angeles, may we suggest visiting the serene grounds of Self-Realization Fellowship – one of our favorite spots in beautiful Mt. Washington. Perched on a hilly street, the park is an oasis of calm – and has a fascinating history of all its own.

A Glamorous Hotel in the Golden Days of Hollywood 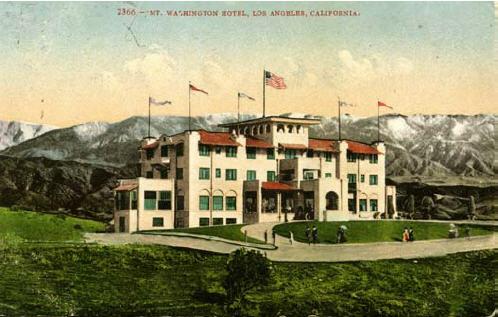 The developer, map maker and Athletic Club board member, Robert Marsh, had long been enchanted with Mount Washington. Partnering with a fellow enthusiast and electrical works manufacturer, Arthur St. Claire Perry, Marsh purchased 565 acres of property on the mountain.

As the pair began developing, Marsh and Perry decided to build a short funicular railway to take visitors up the mountain to its main attraction, the three story Mission Revival Mount Washington Hotel. Opened in 1909, the elegant hotel attracted visitors with its observation deck, tennis count and Japanese garden, and was often frequented by the moviemakers that worked in nearby Highland Park and Edendale early movie studios. Though the hotel and the railway are a thing of the past, you can still catch the aura of history by visiting its mission style station at the corner of Avenue 43 and Marmion Way.

The Home of Paramahansa Yogananda 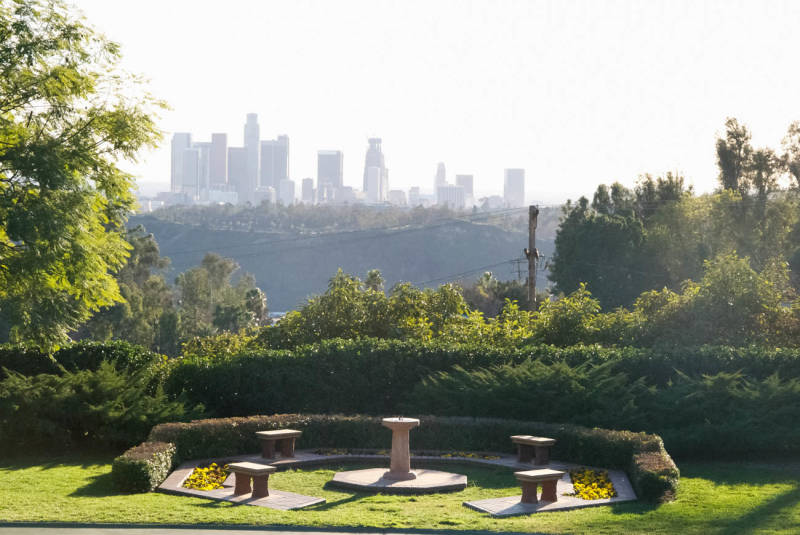 It’s hard to believe, but there was once a time when there were no yoga studios to be found in Los Angeles. Paramahansa Yogananda is credited to have been one of the gurus that brought the teachings of Eastern Philosophy to the West  in the mid-20th century; he came to LA in 1930’s and founded the Self Realization Fellowship monastery. In 1950, he made the former site of Mt Washington Hotel his home, and as yoga gained increasing popularity by the late 60s, the SFT became more and more well-known. Legend has it that Elvis Presley visited the center in Mount Washington in search of advice – luckily the monks advised him to continue his singing career.

Today, the contemplative garden is still a part of a working monastery.  Filled with native flora, it’s a wonderful space for quiet reflection while taking in the gorgeous views of downtown Los Angeles. There are lots of spots to perch and meditate within the garden surrounding “Yogiji”‘s original home, and we especially love the space that is known as “The Leaf Temple”– a beautiful sunken meditation garden beneath the boughs of Oak. Stop by to take a break – and if Mt. Washington neighborhood has you enchanted, come visit our beautiful listing around the corner from the garden – 4617 Cleland Ave will be Open this Saturday, 2-4P. 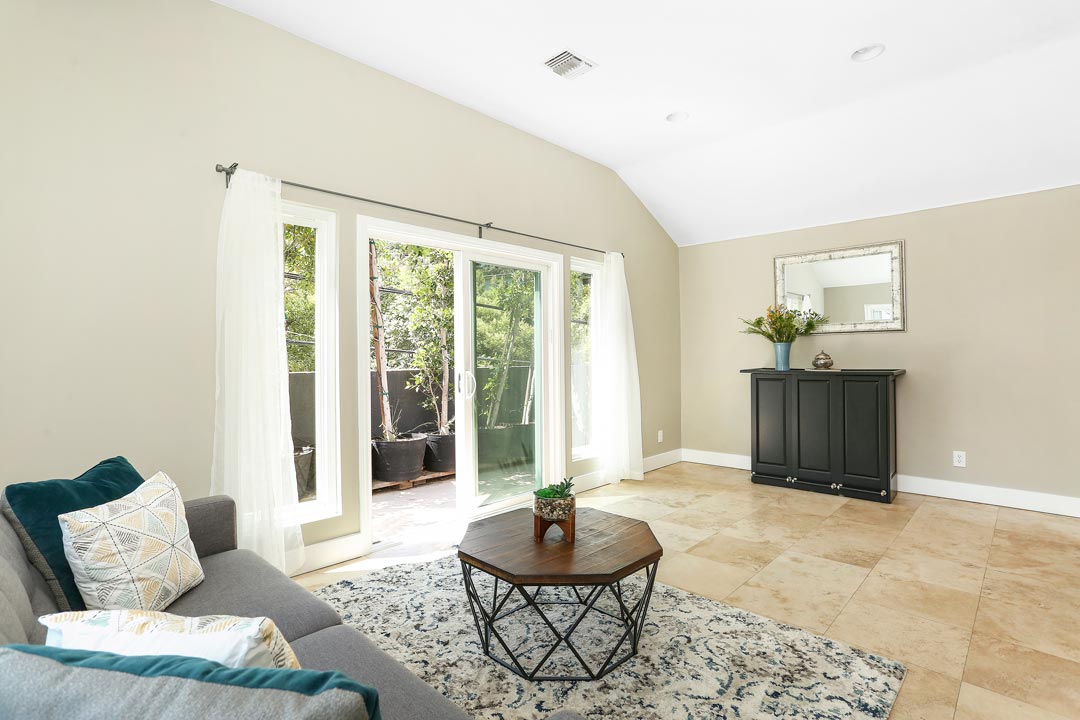