One of our favorite things about working in real estate is that we get to learn about the stories of the homes we sell. Each of these stories provide a glimpse into the way that the neighborhoods we love – Echo Park, Silver Lake, Highland Park, Mt. Washington, and others – developed, weaving together into the vibrant urban tapestry that is the Los Angeles we know today. Our current listing in Echo Park, located on 1964 Landa Street, comes with a history that inspires. What’s more – its history is well-documented, which is quite rare.

1964 Landa Street was built from the ground up by a determined young couple that met right after World War II. Robert Johnson, who just came back from “a miserable year and a half in the Pacific War”, met Ruth Van Leersum when both were enrolled in Calculus class at Compton Jr. College in 1946. They soon got married, and, as both came from families that worked in carpentry and construction, they decided to follow tradition and build a home with their own 4 hands. 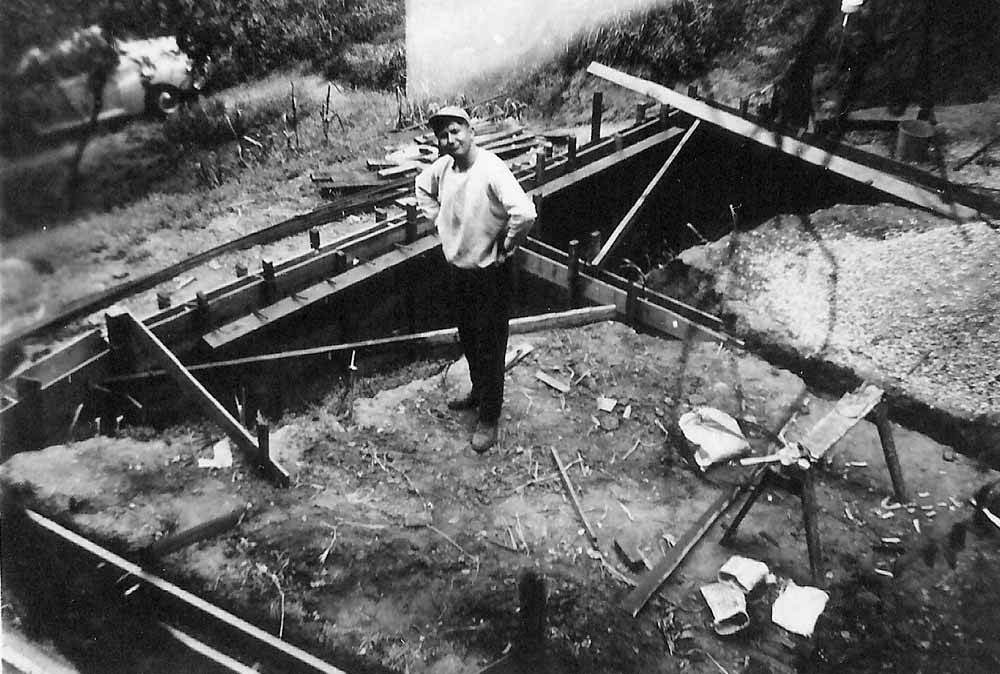 One sunny day in June 1947, Bob passed a FOR SALE sign at the corner where Landa Street meets Fellowship Drive, and was immediately taken by the site’s lush beauty. He envisioned a life in the “surrounding  grove of live oaks and black walnut trees, virgin ground covered by matted ivy, brambles and ancient clusters of poison oak,“ and jumped on the opportunity to purchase the plot. 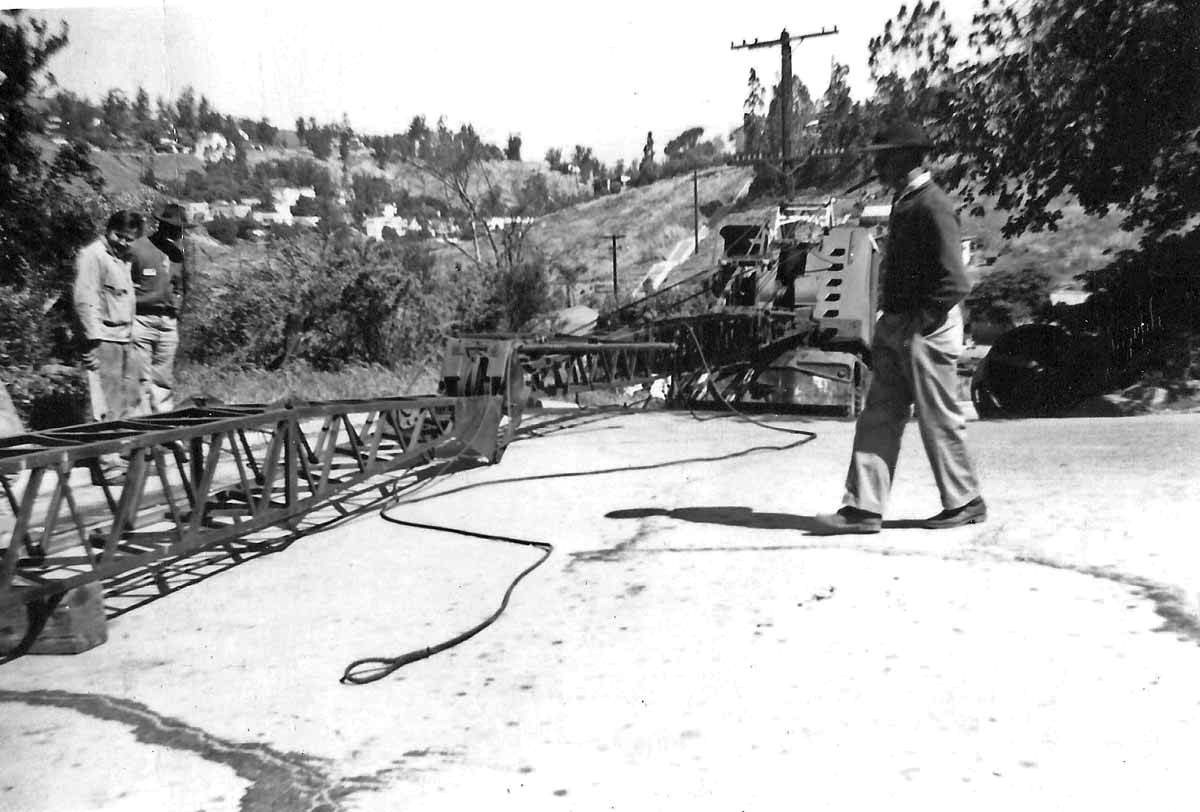 The couple set off to construct their new house, ferrying materials up to Landa Street on an improvised rack atop of their car, “a board at a time”. 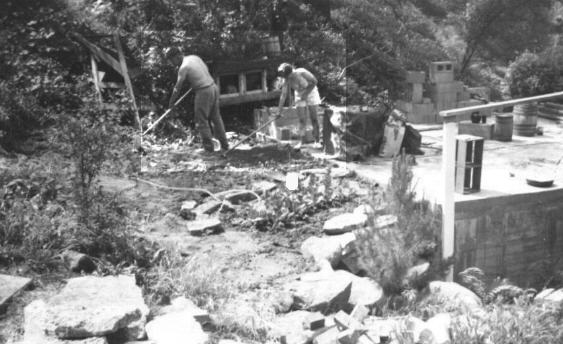 During the initial period of home-construction, on weekends, Bob and Ruth camped in a tent on the building site. 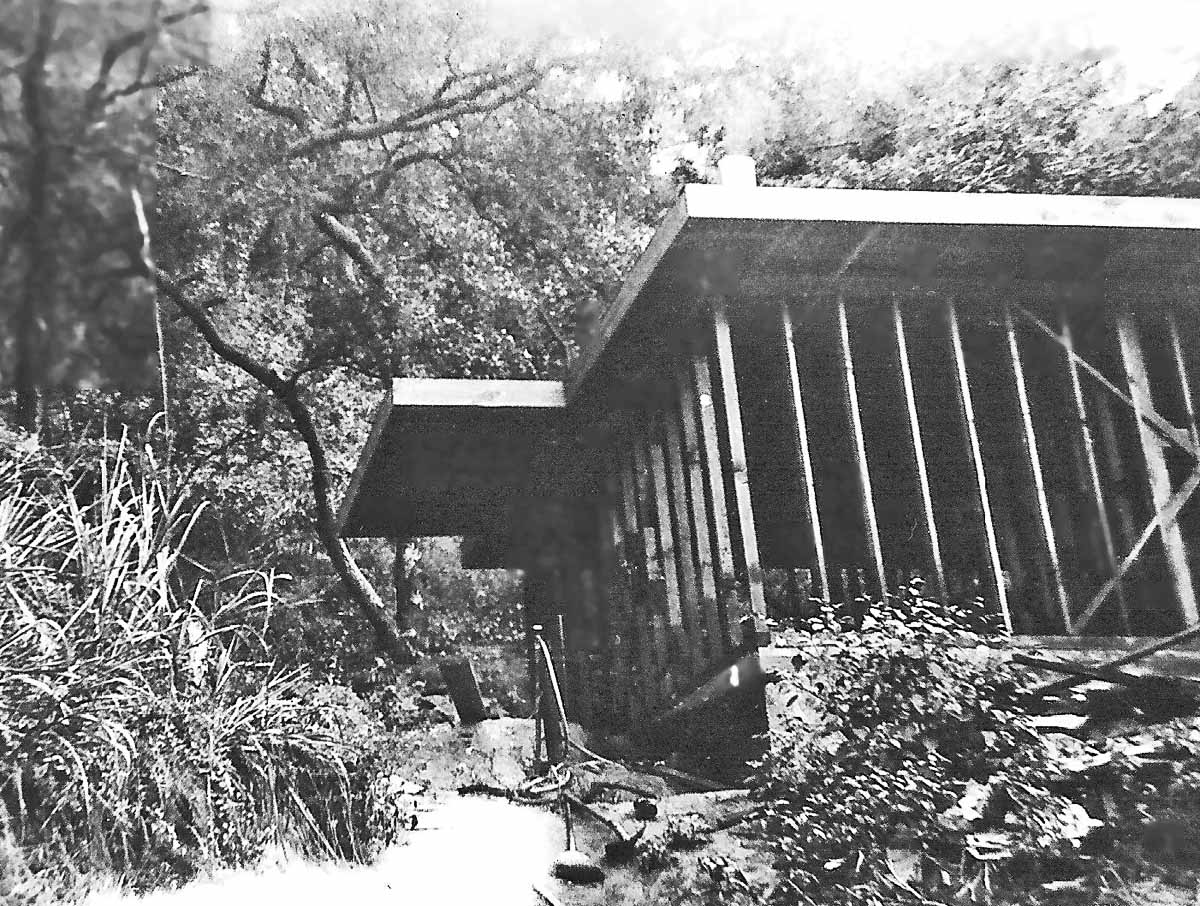 The home finally took shape and they were able to move in 1947, a memorable year that was marked by an unexpected snowfall. The work continued for the next next 5 years, during which Bob and Ruth went on to have 3 children. 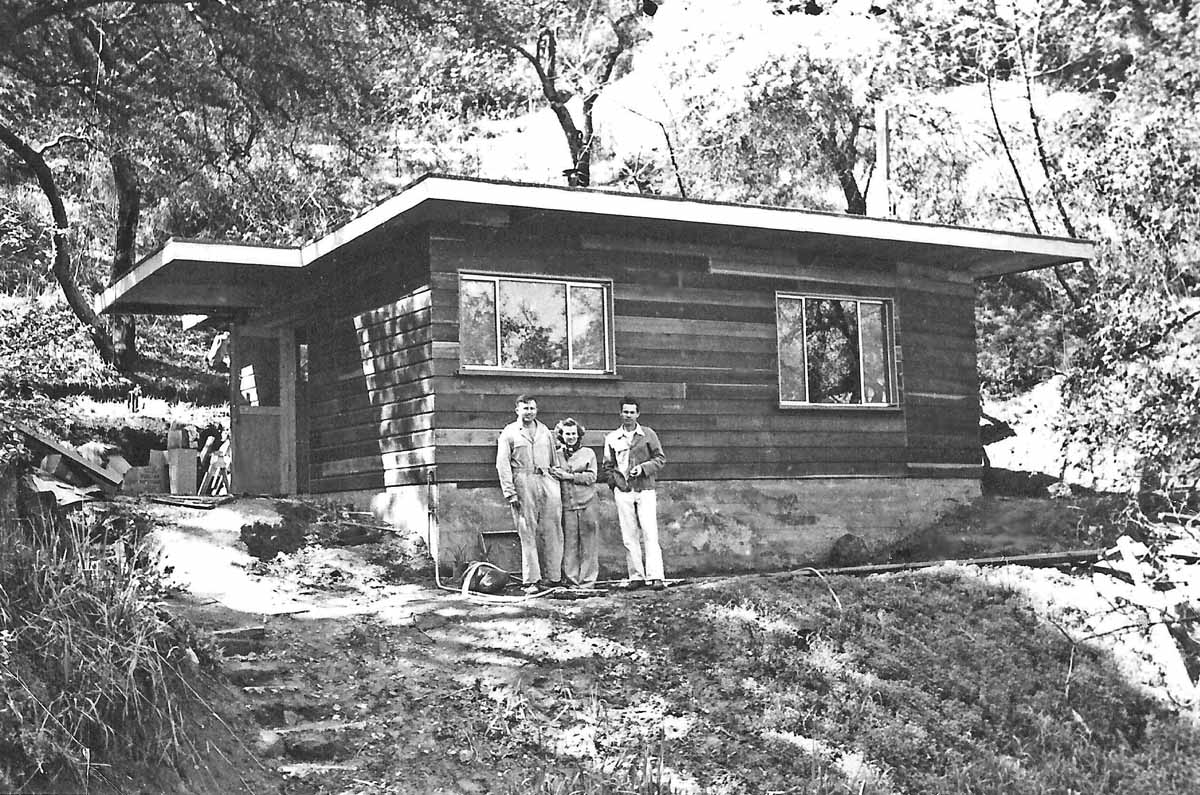 In 1962, the couple separated. Ruth moved out, but for Bob, the home became a life-long project, one that he poured his heart and soul into as both an engineer and an artist. Realizing that he needed to build retaining walls, Johnson turned what could have been an ordinary concrete wall into a stunning passion project, adorning it over the years with a collection of stones, shells, petrified wood, fossils, lava rocks, polished glass, and bits of pottery. Bob continued his work on the property for decades, completing the last piece, the 70’ long tiled bench, in 2006. 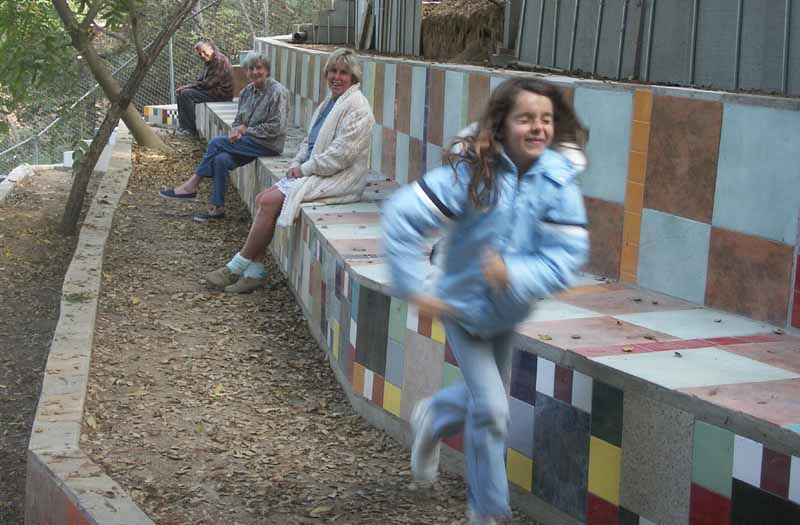 Bob Johnson and his family celebrating the completion of 70′ bench

Today, the terraced steps dazzle with intricate patterns and bright colors; the magnitude of the built landscape is staggering, and brings to mind artistic landmarks like Watts Towers and Park Guell in Barcelona.

We are beyond excited to represent this unique and storied residence. Come visit us this Sunday to soak in the history and admire the views –  a stunning panorama across the Santa Monica Mountains and Hollywood Sign, transcendent its beauty. 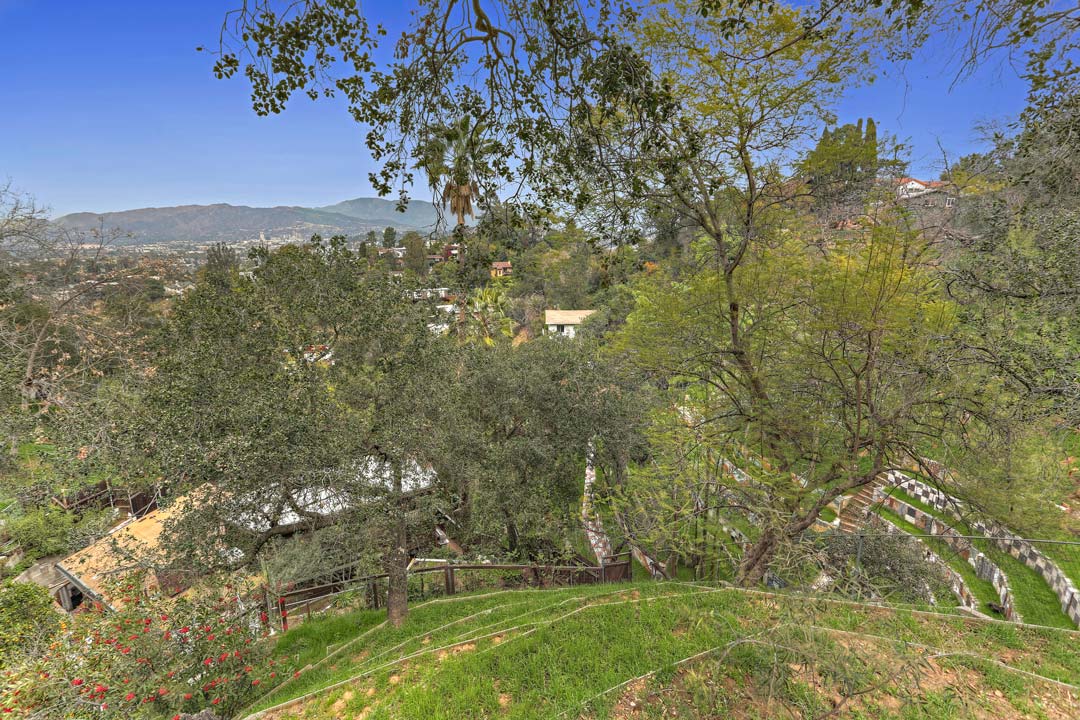