We are pretty excited about our upcoming loft listing in the Arts District and thought this would be a great opportunity to revisit the area’s fascinating history that spans from agrarian endeavors to performance art. The tall majestic San Gabriel Mountains stand in the far background. Vineyards blanket the area between the City and the L.A. River (lower right).

It seems incredible to imagine, but in the mid-nineteenth century, the concrete expanse that we now know as the Arts District was a flourishing vineyard. Entitled El Aliso, the vineyard was planted by Jean-Louis Vignes, who arrived in Pueblo de Los Angeles from France in 1831. Within a mere 20 years, he had become the largest producer of wine in California and the first person to plant an orange grove in LA. Inspired by Vignes, additional citrus growers moved into the area. All this industrious production required transportation, so a network of railroads sprung up to accommodate the shipping needs. In turn, the presence of these railroads attracted further manufacturing  — thus, the industrial architecture designed to optimize production gradually moved in and replaced the orchards.

Taking advantage of the many rail depots, by the 1910s and 1920s, the Arts District was teeming with businesses producing rubber, auto parts, and furniture. The Barker Brothers Building, where we sold two loft residencies this year, actually used to be a furniture factory. As Los Angeles grew and incorporated the outlying communities of Highland Park, Eagle Rock, and Boyle Heights, the city of LA zoned the Arts District for industrial uses. This seemed to seal the city’s fate as an array of warehouses and factories. However, by the end of WW2, things had shifted once again.

As industrial needs evolved, railroads began to be eclipsed by the  large trucks – and those had difficulty the infrastructure built with railroads  in mind. Manufacturing began to move away to other neighborhoods, and the disused warehouse spaces began to decline.  By 1970s, artists started moving into the  abandoned buildings,  turning them into live/work studios and opening galleries. By the 1980s the former manufacturing hub was a bustling art scene, and the city passed a new ordinance that allowed artists to legally continue in their old factories and commercial buildings. 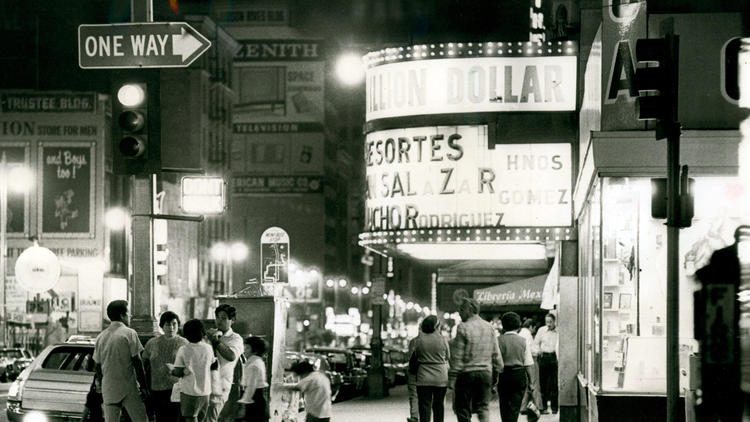 A look back at the corner of Broadway and Third Street, just in front of the Million Dollar Theater in 1972. (Los Angeles Times)

By the mid 1980s, the artists’ community was huge –  Merion Estes, Marnie Weber Joe Fay, George Herms, Mary Jones, Constance Mallinson, Paul McCarthy, Lari Pittman, John Schroeder, Judy Simonian, Andy Wilf, and Takako Yamaguchi all lived downtown. It was these artists, and the spaces they opened – like LACE (Los Angeles Contemporary Exhibitions), PØST gallery,  Al’s Bar on Traction Avenue, ARCO Center for Visual Art on Flower Street and others, that gave Arts District its name. In words of the LA Times critic, William Wilson written in 1985: “Nothing in recent years has so beguiled the indigenous cultural imagination as the vision of downtown Los Angeles transformed into a glittering art Mecca.” 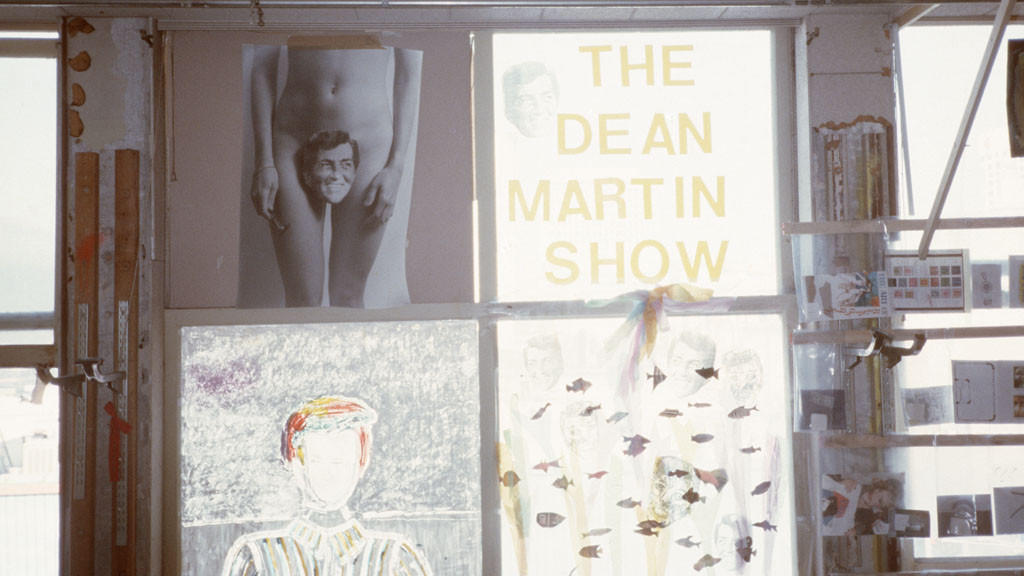 A view of an exhibition staged by LACE at the old Cotton Exchange building in downtown Los Angeles in 1984. (LACE (Los Angeles Contemporary Exhibitions))

As art hubs moved to Chinatown and beyond in late 1990’s and 2000’s, the formerly industrial spaces continued to be adaptively reused and redeveloped – case in point is the beautiful Toy Factory Building, the location of the exquisite loft residence we are about to bring on the market, and all the revitalized spaces nearby, such as Urban Radish Market, Daily Dose Coffee, Church & State, Bestia, and Hauser & Wirth, and Sprueth Mager galleries, and many more – offering artful nourishment for the body and soul amidst the heart of Los Angeles history.