Great news about the Neutra VDL House being named a National Historic Landmark. As announced by U.S. Department of the Interior’s: “The Neutra Studio and Residences (VDL Research House) in Los Angeles, California, is associated with Richard Neutra, a nationally and internationally seminal figure of the twentieth century Modern movement in architecture. During the 1940s, as Neutra’s work evolved, he also became the well-recognized founder of mid-century “California Modern” architecture. The VDL Research House is the only property where one can see the progression of his style over a period of years and is among the key properties to understanding the national significance of Richard Neutra.”

Here’s the old master himself, at 74, sitting on the VDL House II deck, deep in thought before the landscape. 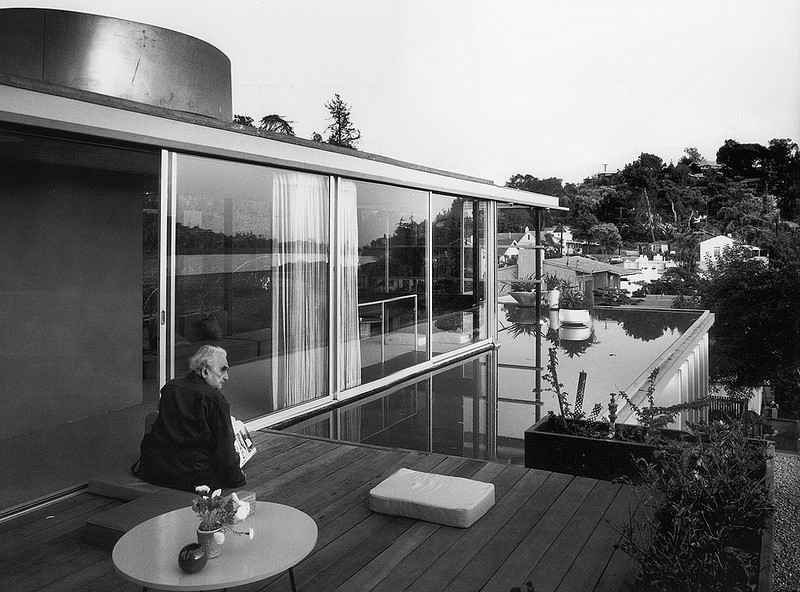 Photo by Julius Shulman, courtesy of the Getty Research Institute.