A chance to represent a property designed by one the most iconic architects in Southern California is a great honor, and we are getting ready to do just that – keep an eye out for an opportunity to rent and inhabit an R.M. Schindler-designed Silver Lake home.

Famous for his idiosyncratic style that combined complex, Cubist-like sequences of forms with everyday materials such as stucco exteriors, standard wood frames, and built-in plywood, Rudolph Schindler called his own take on modern architecture “Space Architecture”, maintaining a focus on the design of interior space by carefully planning how the built environment would affect climate, light, mood, and, ultimately, the liveability of a space. 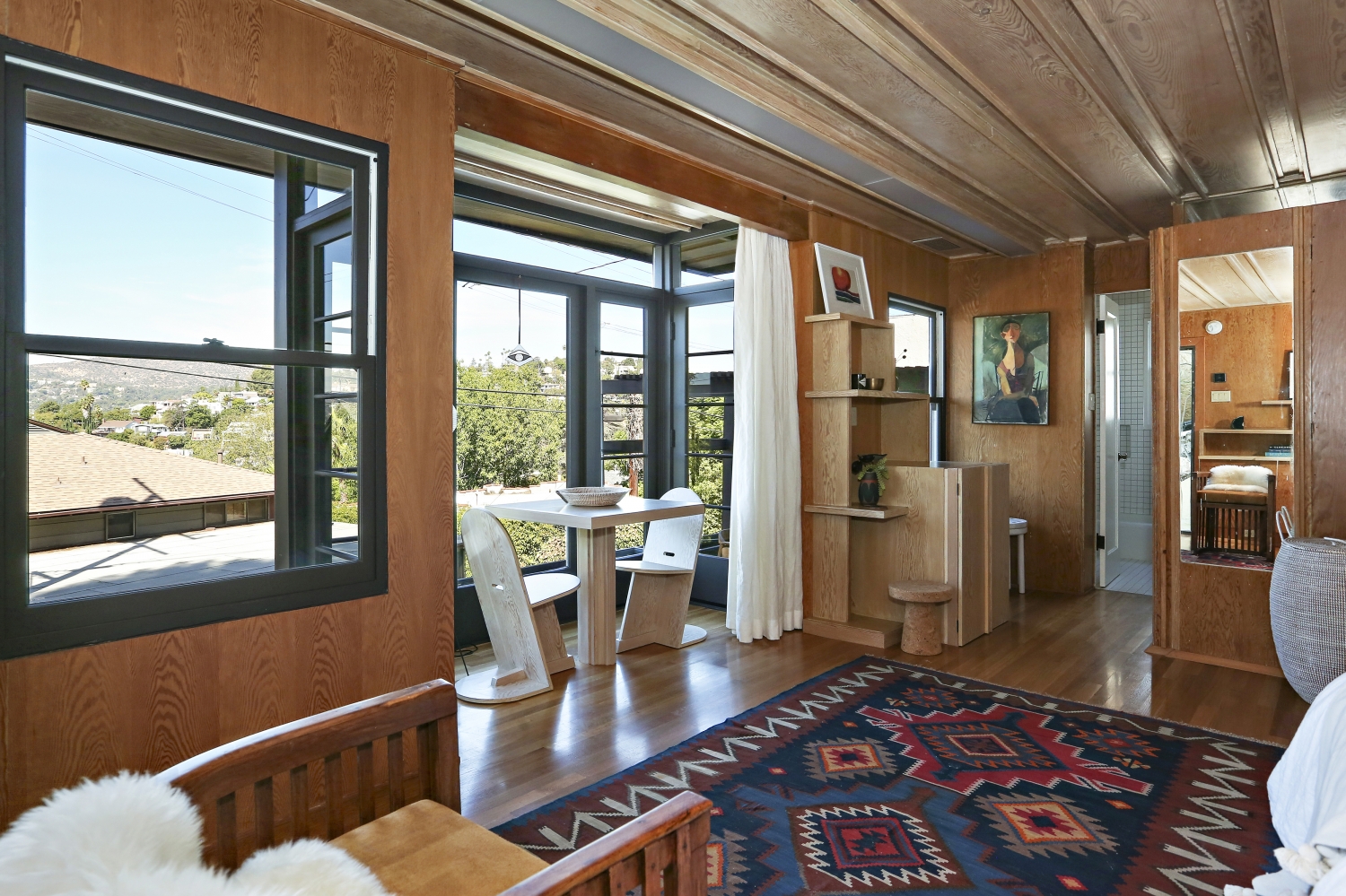 Originally from Vienna, as a young man Rudolph studied under Otto Wagner, an Austrian architect who was one of the pioneers of the International Style that aimed to shape, rather than decorate, space built with reinforced concrete, metal, and glass. Schindler then moved to Chicago in 1914, hoping to obtain a position with Frank Lloyd Wright, whose architectural practice he had long admired from afar. The young architect’s wish came true and became the reason why we are so lucky to have his tremendous legacy in Los Angeles – it is here that Frank Lloyd Wright dispatched Schindler in 1920 to supervise the construction of FLW’s most important American commission of the time, the Hollyhock house for oil heiress Aline Barnsdall.

Schindler went on to design more than 250 houses in Los Angeles, beginning with his residence on King’s Road, now home to the MAK center for architecture. His body of work includes a number of apartment buildings, all brilliantly designed to maximize living space and create atmospheric dwellings that are as functional as they are aesthetically pleasing. We are therefore so excited to bring to the market a very special unit situated within The Sachs Apartments, also known as Manola Court. This architectural landmark was a focus of Rudolph Schindler’s work between 1926 and 1940, commissioned by his friend and client, the Romanian-born muralist and interior designer Herman Sachs, whose credits include the interior of Union Station. 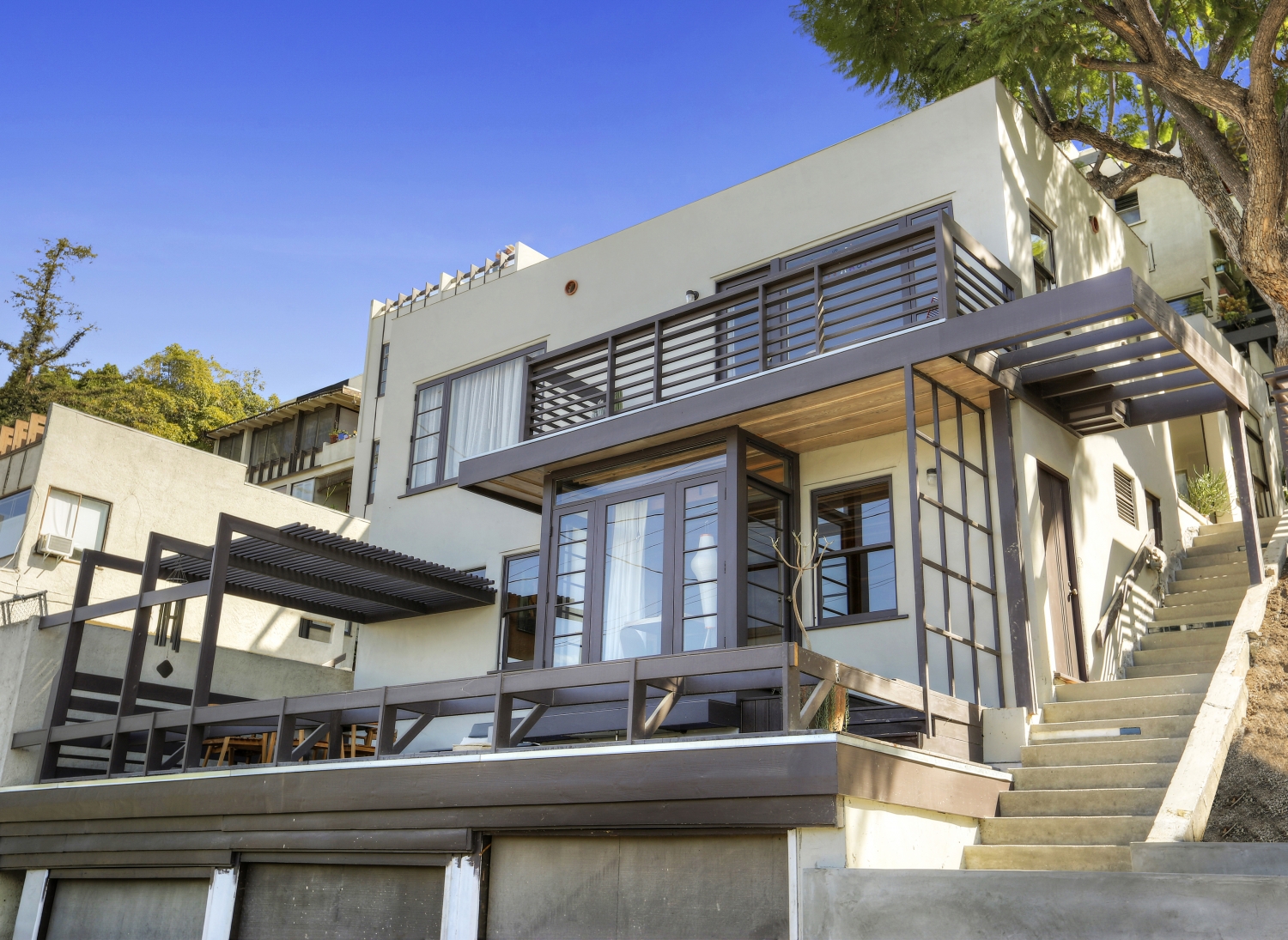 Located in the heart of Silver Lake, The Sachs Apartment complex is comprised of three buildings, gracefully cascading down a terraced hill and interconnected by a series of garden walkways and steps. The architecture appears weightless due to the building’s multitude of glass panels and network of beams and wood, which frame the balconies and patios that punctuate the site. Inside, it’s classic Schindler: the walls and ceiling are clad in gorgeous wood, with intricately designed built-in features that will accommodate all life’s moments – from solitary meditation in front of a glass wall to hosting a starlit soiree on the terrace. Available for lease early next week — stay tuned. 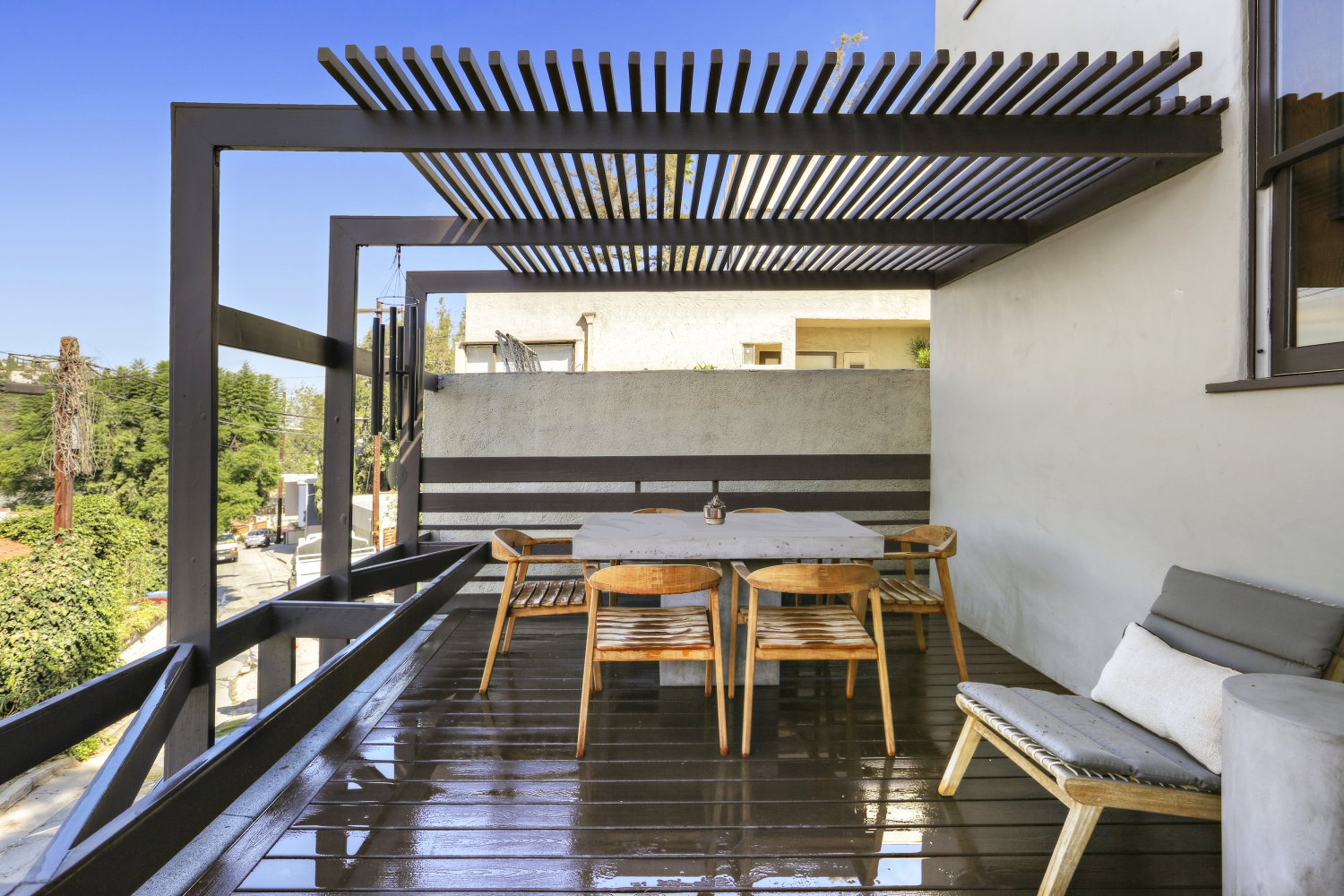