We didn’t have a chance to post the recent drop in interest rates before they dropped again. People, seriously. Buy a house. This is the deal of a lifetime and will save you thousands of dollars over time.

If you’re a first-time home buyer and need some assistance decoding what interest rates are all about and why they matter, we’re here for you. We’ll listen to your questions and provide honest, clearly articulated feedback so that you can make the right choices in regard to homeownership. Find us online at Tracy Do Real Estate. 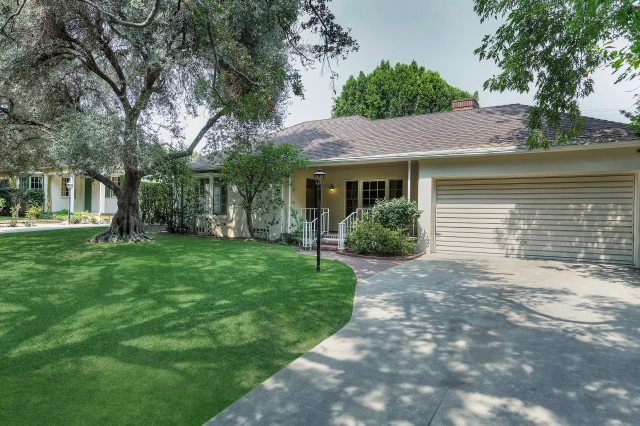 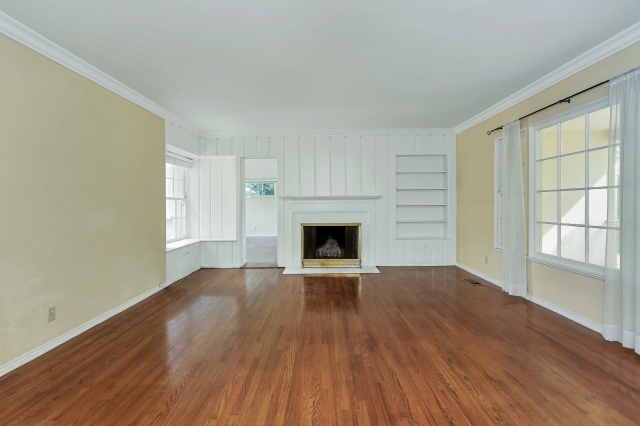 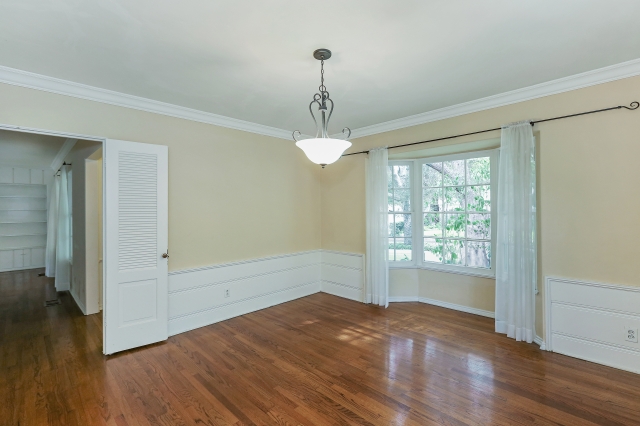 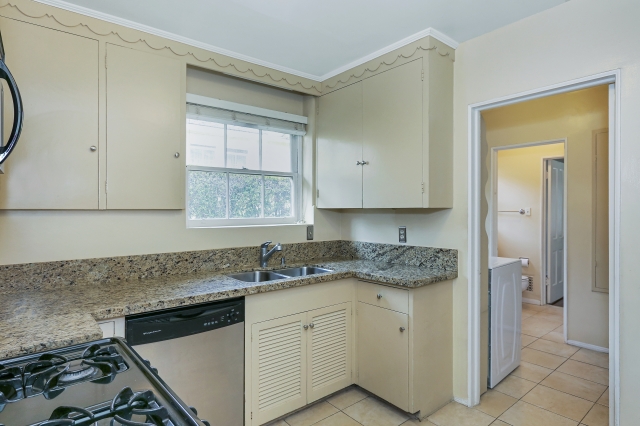 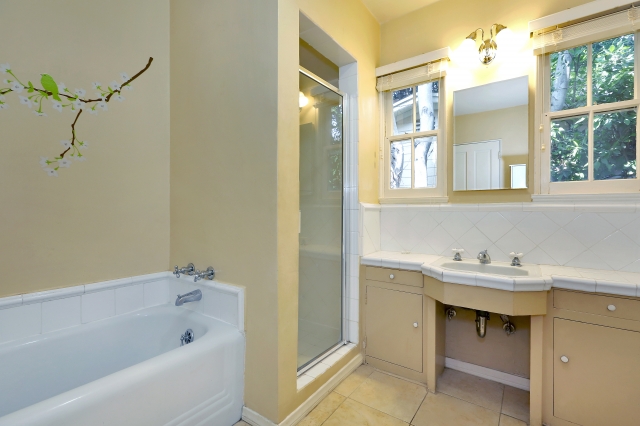 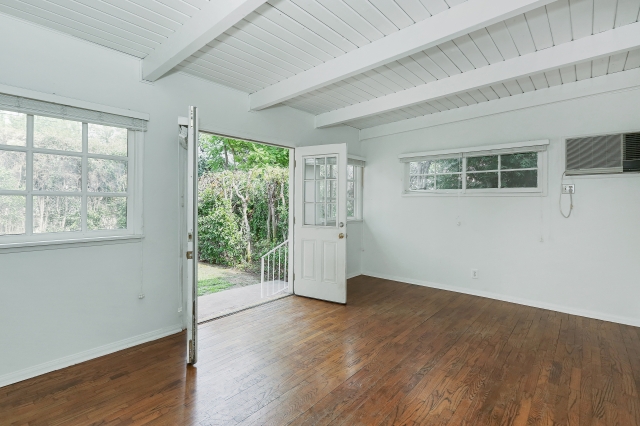 Here’s a great opportunity in San Marino and its award-winning school district. This three bedroom, two bathroom home is extremely well located in the heart of the Mission District. The sensible, single-level layout includes a family room and detached bonus space that will make a great rec room, studio or in-law unit. Mature landscaping shades the private-feeling back yard. The quiet, tree-lined street is near parks, shops and charming cafés like Porta Via and a San Marino favorite, Julienne’s.

This entry was posted in: Sold Listings

Andrew Khouri’s report in today’s LA Times points to a decline in US home sales in March, due largely to rising prices and the resulting “sticker shock.” We won’t argue with the statistics, however what we’re seeing locally — which only occasionally aligns with the national housing picture — is not so much buyer concern as it is a clear lack of inventory. The number of properties for sale on the Eastside, NELA and Pasadena is ridiculously low right now. When anything of quality hits the market it sells quickly, usually to the winner of a bidding war. Doesn’t sound like sticker shock to us.

And it begs the question: why aren’t you selling your house? This is a great time to realize maximum value, with less competition and a large pool of eager, qualified buyers looking to take advantage of low interest rates. We are leaders at guiding sellers through happy and hassle-free sales, in fact for 2013 we ranked #1 at the John Aaroe Group in closed transactions. What are you waiting for? The market is great now. If you’ve been thinking about making a change, there’s no better time.

You can contact us at Tracy Do Real Estate. 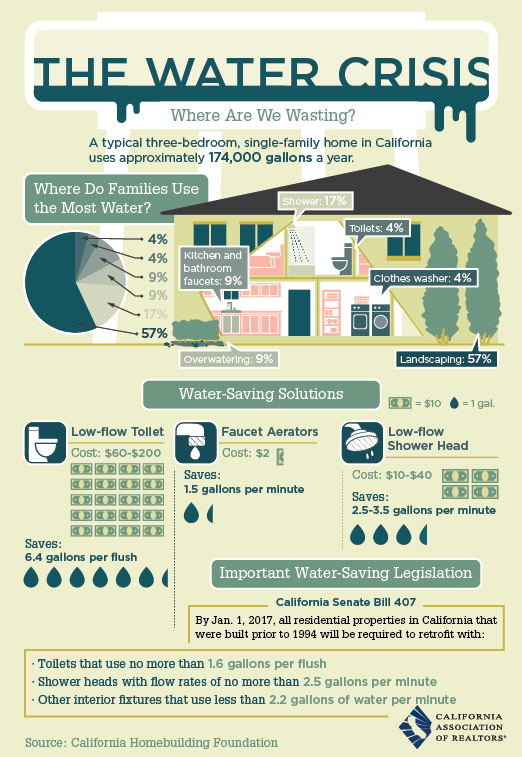 Obviously “water” (and the lack of it) has been a hot topic in our local public discourse lately. Did you know that there’s a bunch of great ways to save money by using less of it? Tracy Do Real Estate team member Swan picked up a rain barrel for $85, then turned around a got a sweet rebate for $85. That’s right, the rain barrel that helps water her garden — and looks great by the way — cost $0 and just a little bit of her time.

That’s just one of several cool programs here in the LA area that reward responsible energy use. If you’re about to buy a new appliance such as a refrigerator, washer/dryer, air conditioner, pool pump (among others) the LADWP will give you money provided you buy models that are “Energy Star” rated.

The Gas Company is another local agency that offers some generous givebacks to homeowners who are willing to take a few steps to make their homes more energy smart. The opportunities are out there, homeowners and home buyers, and require just a small investment of time to reap rewards. Save energy, save money, truly everybody wins. 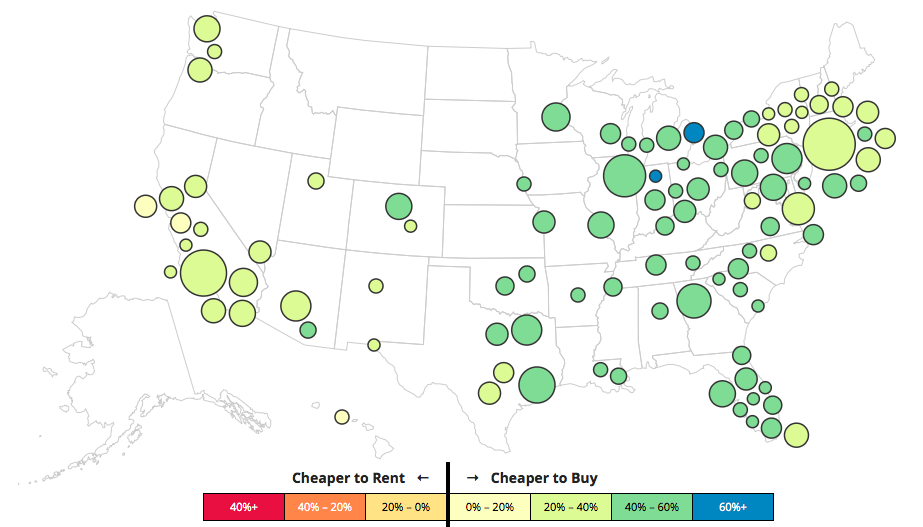 Granted it’s just the average, but 38% is significant. Real estate website Trulia.com applied a specific set of metrics for their “Rent vs. Buy” study, which covers the entire country. Learn more by clicking here.

It’s hardly surprising that the LA area falls into the “20% to 40% cheaper to buy” category, given the high cost of paying rent these days. Our advice? Jump start your home search ahead of the expected rise interest rates. We’re here to help, with a proven ability to connect buyers to their ideal home.

Reach us anytime at Tracy Do Real Estate.

From the LA Times’ Andrew Khouri: “More California homes went under contract last month, as buyers showed signs of life heading into the spring season” Things had been flat since October, but a nearly 23% surge in sales from December to January indicates growing “confidence in a market that cooled after a torrid rebound early last year.”

So things look pretty healthy right now, especially for sellers. Local inventory remains low, and while we’re seeing less in terms of all-out bidding wars, the homes that receive proper pricing and marketing sell quickly (usually with multiple offers). Not the best environment for buyers, maybe, but they get some good news too given that interest rates just ticked down again. In fact, in a bit of a surprise, mortgage interest rates are currently hovering near 4%, a really good deal for borrowers. 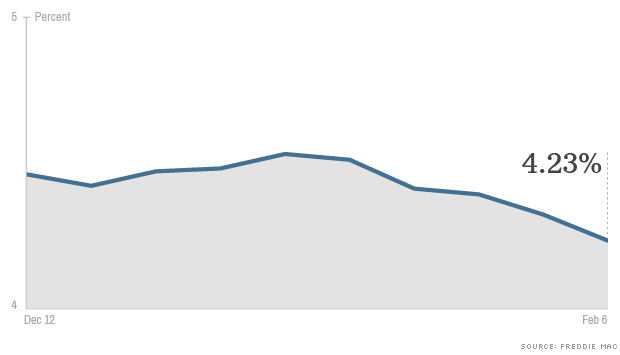 Is your home search stuck in neutral? Better get it moving — before those rates rise again as they’re predicted to. You might be relying on Zillow, Trulia or any number of web-based services to find your home. But those very handy tools can’t possibly compete with a locally knowledgable and massively connected team of realtors like us. For 2013 we ranked #1 at the John Aaroe Group in closed home sales. And our services for buyers won’t cost you a thing.*

*Our compensation comes from the selling-side of the transaction, after the successful close of escrow.

It’s a new year in the housing market, and for most home owners it begins quite nicely. After all, 2013 saw a record rebound in residential equity as net holdings “soared $2.2 trillion from the third quarter of 2012 to the third quarter of this year,” according to new data collected by the Federal Reserve and reported by the LA Times’ Kenneth R. Harney.

For those who don’t yet own their home, but are looking to buy, the picture is a bit more layered. 2014 starts with a piece of good news as the Federal Housing Finance Agency has decided to postpone a proposed hike in upfront fees that many people would pay for a home loan (per Les Christie of CNN Money). However, there is some not-so-great news in that interest rates have crept up, increasing the cost of borrowing (E. Scott Reckerd reports in the LA Times). Rates rise and fall, of course, so this shouldn’t worry anyone too much. The general consensus among economists is that, in this still-recovering economy, rates are likely to rise at least slightly in 2014 — but aren’t likely to shoot through the roof. Taken on balance, this would indicate that buyers should remain active, ie. you should be out looking for that home and lock in your mortgage rate sooner rather than later. Bankrate.com’s Polyana da Costa has some excellent advice for 2014 mortgage borrowers, you can read it here.

Of course, there’s still the issue of inventory — or lack of it. According to the respected John Burns Real Estate Consulting, and reported by LA Curbed among others, the number of new homes put up for sale in Southern California is the lowest it’s been in 20 years (!) 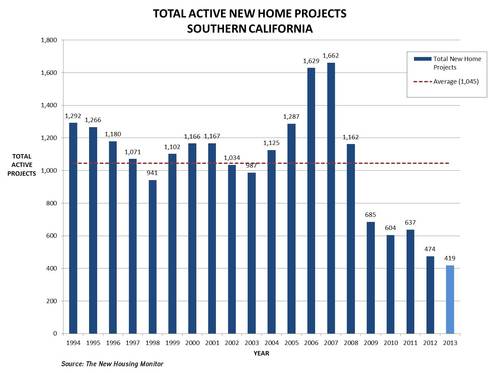 Maybe that’s why folks are simply purchasing homes and leveling them, leading to a mini construction-boom in some LA neighborhoods as buyers tear down modest-sized houses to make way for bigger ones, as reported by Andrew Khouri in the LA Times. 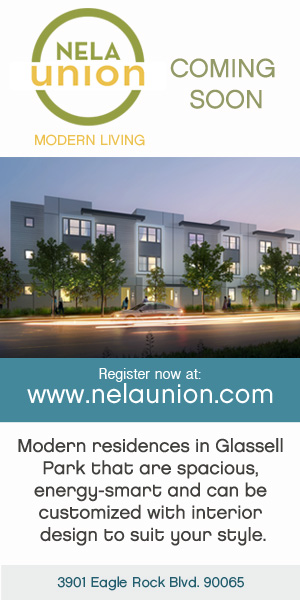 That might sound extreme, but it’s hardly surprising. Low inventory is one thing; what this market really lacks are options, given that too few existing homes are designed for how today’s buyers want to live. That’s why we’re so excited to present a great opportunity for home ownership that will be available very soon: NELA Union modern homes in Glassell Park. Set within beautifully landscaped grounds that include a community garden and dog run, these residences are being built with open floor plans that can be fully customized in the onsite design lab. With private two-car garages and sustainable elements like tankless water heaters, high efficiency furnaces and radiant roof barriers, NELA Union will not only meet but exceed Title 24 and California green building guidelines. Best of all these stylish, energy-smart homes will be offered at a cost comparable to paying rent. Learn more and sign up on our interest list at www.nelaunion.com.

Any time there’s a story involving the high cost of real estate, we hear a mob of angry (often anonymous) voices scream, “See?! It makes more sense to rent!” We humbly disagree — but don’t take our word for it. Eric Belsky is Managing Director of the Joint Center for Housing Studies at Harvard. His research proves there’s a whole bunch of reasons why it makes financial sense to own your home. Five of them have been nicely summarized on the blog of real estate news source Keeping Current Matters (see below).

Quick side note: The timing is interesting, given that HJCHS has also just released a report that names Los Angeles as having the highest percentage of renters of any major US metro area last year — a whopping 52%! Read Curbed LA’s take on the story here. And to start living the financially sound life that you have worked so hard to achieve, get in business with housing experts who will put your needs first. We’re here to help you find a home that you can afford and will love. Contact us anytime at Tracy Do Real Estate.

5 REASONS TO BUY A HOME: 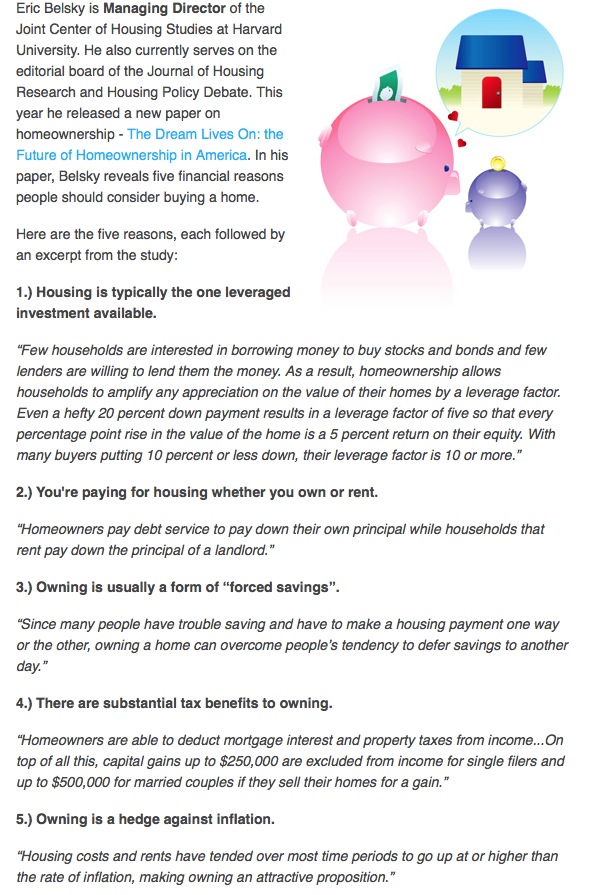 From Sabah Karimi at the US News & World Report: “If you’ve been thinking about taking the plunge and buying a home, the last quarter of 2013 might just be the time to do it.” To learn why, click here.

And click here to connect to Tracy Do Real Estate; expert guidance for your home search or sale.

Mortgage rates continue to cool off, as reported by Christina Mlynski at HousingWire. Having jumped nearly a point in recent weeks, this is welcome news. Remember: even if you missed out on the “very best” rate, in historic terms the cost of a mortgage today is still quite low — and prices are only rising (!) Need help understanding mortgage rates and loans? Contact Tracy Do Real Estate for friendly advice and expert guidance in all your housing-related needs.